The fault, dear Brutus, is not in our stars...

It's 2 am. I'm wide awake. I just can't turn my brain off. Which is bad, cause when it gets late like this I start to get ideas. Things like....writing a book perhaps? Could be fun. But then I think....Aren't writers supposed to like the classics? You know, draw from their influence and really, really love them? I don't know that I do. I mean, maybe I like a bucketful, which is nothing really considering the bucket came from an Olympic sized pool. I really probably have no business being an English major aside from the fact that I can make papers on Shakespeare a bit more amusing than they ought to be...which I kind of think, given his sense of humor, Shakespeare might actually appreciate, but my teachers don't...so maybe, one of them says, I'm in the wrong area of study. But this bugs me because he is just a triple Phd, yoga loving, hippie, with a receding hairline. I mean, really...what does he know, anyway?

Am I having an identity crisis?

No. I am having an academic crisis. I blame Shakespeare.

John Mayer? What? If I were playing "One of these things is not like the other" he'd probably be the odd man out on this list. For the most part, what I listen to isn't on the radio, no one has ever heard of them, and some of their names are a tad challenging to pronounce. I generally shy away from "mainstream" music; my taste is not a conscious effort to be different, it just happens to be what moves me. So how did John Mayer end up there?

About five-ish years ago, while driving around the Garden State (New Jersey), feeling particularly frustrated with my overly sexualized, inappropriate, insane, and insanely demanding boss, I was rummaging around my car for a tissue when I came across an abandoned CD in the glove compartment, left in there by the nanny before me. I rolled my eyes as I looked at the title scrawled in the cutsy handwriting I'd always wished I'd had was "John Mayer Mix," with a smiley face and a heart. But for lack of any better music, I popped it in and thus began my musical love affair with John Mayer.

Somehow, lyrics I would have deemed to cheesy to bother with before made sense to me, melodies comforted me, and seemed to cradle every emotion I seemed to carry. Homesick, lovesick, ecstatic, indifferent, he seemed to be able to nail those feelings exactly. During a particularly rough patch while living in Jersey, I would often lose myself driving on the Jersey Turnpike, shedding a few tears and singing with John. I loved it, I loved him. He understood my every plight. Ultimately, I decided "Yeah, the man has talent." He became my ultimate guilty pleasure.

Just this last week, he played at Usana, and Katie bought me a ticket for my birthday (Bonus! I got to see Steve Lamb, too!). Love, love, loved it. The man did not disappoint. And while John Mayer may not have the "clout" of that of a more underground or indie artist, he will forever remain on the playlists of my iPod.

Sitting through critical theory classes is not my idea of a good time under these (or any) circumstances, but I still go to class, listening bitterly and being annoyed by the guy in back row who has a comment for everything, who just won't be quite, and who is being quite rude, and thinks he is brilliant, but really he is just lame and likes to hear himself talk....(See? Bitter and edgy.)

He is just being so darn obnoxious, and in between all my sniffles and coughs I am secretly making mocking faces at him, very much in the manner of a five year old, and rolling my eyes...a lot, cursing the morning and rude people, and regretting sitting only two seats away from him. But then, something happens.

He leans over and whispers, "God bless you."

And suddenly, he doesn't bug me so much. In fact, that was down right nice of him. Hey, maybe I even like the kid and his comments seem totally fascinating and I just can't seem to hear enough academic banter between he and the long winded professor!

But then I have to wonder....How did I go from practically hating the kid to completely supporting him whole heartedly just because he said "God bless you" when I couldn't stop sneezing? Is this some kind of chemical imbalance? Am I shallow? Isn't that weird? Wouldn't it just make more sense to keep disliking him because in all reality he is very obnoxious, good manners or not? What does that say about me?

Meh. My head is much to full right now to really try and get to the root of all this nonsense. I'll just chalk it up to being sick and stressed and probably go on like this all week.

Today, my critical theory professor announced that he has arranged for our class to have a private yoga and meditation session to "Calm us the !@#% down."

He said that. No joke.


He told us that we are wound too tight, we need to relax because we, his students, are way too stressed out.For such a smart guy with all his Phd's and credentials, it doesn't seem like it has occurred to him that our stress is his fault. Our burning, bloodshot eyes from hours and hours of reading teeny tiny print, our highlighter ink stained fingers, our severe mental confusion of the incomprehensible material is all his fault. I don't think he gets it. Ces't la vie. A free yoga session from the top instructor in the state instead of 6 hours of dense reading?

Sounds good to me. 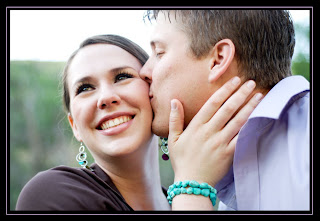 You might have noticed, and might be wondering why I started a Christmas countdown in the dead, thick heat of summer. Some things have changed, some things are still changing, and things will still be changing then...

An amazing opportunity has extended its hand to us and we, as a couple, have accepted. So many good things will come of this, so many blessings, so much stability, so much more than we have right now...but it requires a separation of sorts, for the next few six months. B will live there...and I will live here.

By Christmas, the hard part of this amazing change and opportunity will be over. By that time we will be moving forward together, turning a new corner in our happy humble little lives, and a new sense of stability will set in. So I have started the countdown because I miss him already, and he hasn't quite left. But the counting down makes me feel like time is actually passing, I need it to pass quickly right now.