Brandon and I went to Washington this past weekend for some family time and Easter festivities. It was a rather eventful weekend. 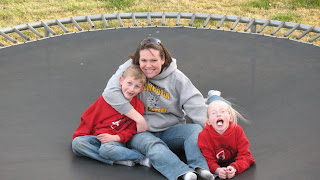 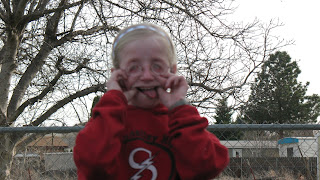 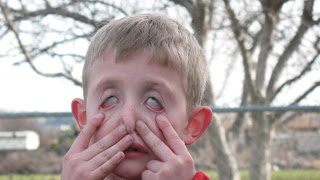 Nichelle, Brandon, and I played on the Trampoline with Jessica and Jackson. As soon as Uncle Branodn left, all Jackson would say was, "I want Uncle Bubbs to come back to he can treat me like a basketball." I guess Nichelle and I combined don't bounce him hard enough. We tried convincing them their faces were going to stick that way. They weren't fooled, they just keep rolling their eyes at us, completely exasperated by our stupidness.

Later that night, Brandon, Fred (my father-in-law), and I went to the Americans hockey game. 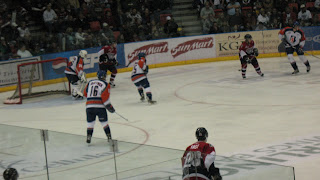 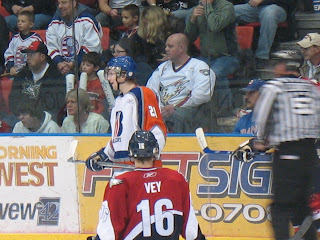 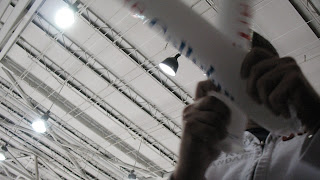 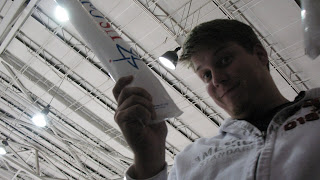 Those white things Brandon is banging together are called Bam-Bam's. They are possibly the most annoying things I have ever encountered. You get excited and you smack them together and the make the most hideous banging noise. Even so, when handed a pair you automatically bang them together, you just can't help it. 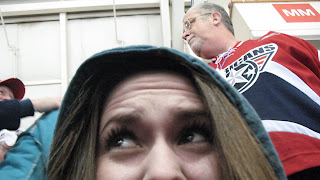 This is me, a split second before the guy behind me dumped about six pounds of confetti on the rows in front of him. Apparently, he is a mildly obsessed fan and throws confetti every time the Americans make a goal. It was kind of hilarious. 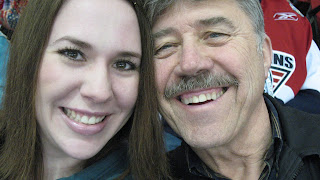 The Father-in-Law. I just luff him. 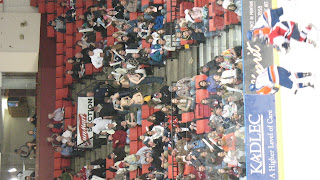 Ok, so I couldn't flip the picture, but if you can see there is a group of shirtless little boys. At some point during the break the song "Cotton Eye Joe" came on. These kids all jumped up and ripped off their shirts and started swinging them over their heads. I was so disturbed. No one else seemed to be. Within 15 seconds have the men in the audience had followed suit. I just thought it was weird. 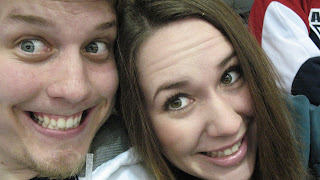 The American's won. Such a fun game! I really think I might become a fan.

For Easter dinner we went to Dustin and Andrea's house. The guys decided to build a fire out in back, it was sorta chilly. 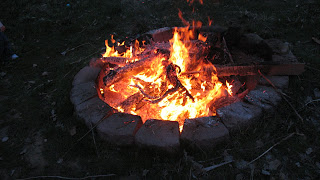 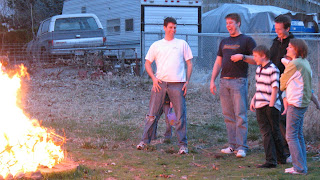 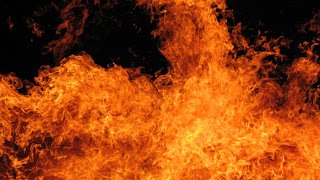 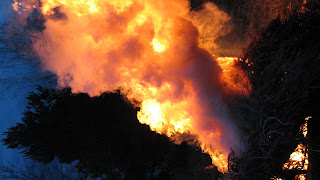 Quickly turned into a massive fire. And of course they all had to try jumping over it. Oh, brother. 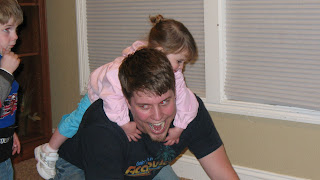 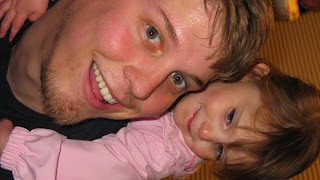 Lots of yummy food and playing the nieces and nephews later, we went home. Not a bad day to spend the day, (it was also our year anniversary! But we celebrated yesterday.) We love spending time with the family. I feel like we miss out on a lot being so far away. I would love to be able to get to know all DeCoria's much better than I do now. I know I will get my chance. I just love them

How fun! I'm so glad you got to spend time with the fam and get to know them better! And HAPPY ANNIVERSARY! That's exciting my dear!

This post was so fun to read! You're so great! And I didn't realize it's been a year already! Holy cow, time flies! Happy Anniversary! :)

Glad you had fun here, sorry we missed you! Happy 1 year anniversary. I have it on my calendar. Sorry I spaced wishing a happy one year mark!

Did you go do anything fun????

So I totally met Megan last night - your ex step sister. (Is that right? It just sounds a bit odd, but I think it's right!) I missed you! And we need to have a girl's day with you, me and Desiree!!

Awww, we luv you too, Julie! Jessica and Jackson had so much fun with you guys on the trampoline. That was all they could talk about! I know that fire was... well, extremely out of control in my opinion, but I guess not in my brother's eyes... BOYS!

you make me laugh.